A little about fun, family, and faith

The Sailors and the Broken Ship 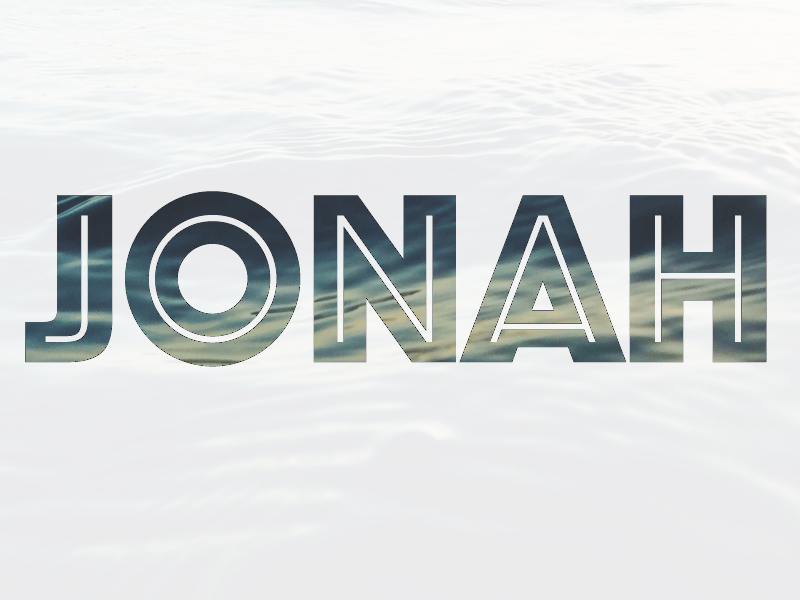 We just started a series at Grace Life on the Book of Jonah. This is one of my favorite books in the entire Bible. I first fell in love with Jonah while I was working on my Masters at Baptist Bible College. I was taking Hebrew and part of the course work was to translate the book of Jonah. I spent an entire semester studying this historical account.

During that time, I fell in love with God’s grace. The book of Jonah puts on an incredible display of the grace of God towards lost mankind and towards his runaway children. During this study, the Holy Spirit revealed to me my own self righteousness and for me to start looking at wicked people the way God sees them. Yes, he hates their wickedness and wickedness must be punished, but he seeks to save and redeem wicked people.

Since that semester, I’ve preached through Jonah once, and I’ve preached each chapter as a stand alone sermon in various other places. This will be the first time through Jonah at Grace Life. Going into a series where you know the text, context, and application is new territory for me. Instead of doing the work I normally do in preparing for a sermon, I spent the week reworking the sermon to address GLC. This past Sunday, I preached Jonah 1.

GOD’S WORD IS LIVING AND ACTIVE

What I love about God’s Word is that even though you can spend countless hours in a text or a book, you can still walk away with something you haven’t seen before. This happened to me in the middle of my sermon on Sunday. The Holy Spirit revealed something to me that I personally needed to hear. Let me pick up in verse 4:

4But the LORD hurled a great wind upon the sea, and there was a mighty tempest on the sea, so that the ship threatened to break up.

Jonah has already ran from God’s call to go to Nineveh. He’s going as far west as he possibly could. On the way there, God, who is rich in mercy and grace, refuses to let Jonah continue in his rebellion (rebellion simply being “saying ‘no’ to God”). God sends a great storm; a storm so great that even the seasoned sailors were petrified. In the middle of all this, “the ship threatened to break up”. This is what struck me.

The storm was so strong, the ship was falling a part. Now, think about this ship. This ship was the means to which the sailors earned their living. They’ve probably taken countless trips on this boat, maybe even this same trip from Joppa to Tarshish. This is how they made money. Think about all the time they invested into this ship. The plans they had with this ship. Maybe they were using this ship to pay for their second ship. It was the path to their own travel company that would advertise how they excel in one way trips from Joppa to Tarshish at a price you can afford.

Everything they had worked for was falling a part beneath them. Let’s walk through their progression from fear in the storm to a fear in God and take note how we respond when it seems as if life around us is falling a part.

THEY TURN TO THEIR (g)ODS

5Then the mariners were afraid, and each cried out to his god…

When they realize that they are in way over their heads with this storm, they tell each other to pray to their own god in hopes that one of them will be in a good mood and they’ll hear the prayer and the storm will stop. Of course we know that there is only one, true God and that their prayers were sent in vain. They turned to idols that could not help them in their time of need.

When our world is falling apart, we turn to things other than God. We turn to food, money, sex, alcohol, a friend; the list goes on. We think that these ‘things” will make everything okay. But they are just idols. Worthless idols that were never intended to be the object of our worship but have become at times our source of hope. These gods cannot provide hope or salvation and when we turn to them for help, they never hear our cries for help.

THEY THROW OUT THE CARGO

… And they hurled the cargo that was in the ship into the sea to lighten it for them.

When their gods don’t show up, they start throwing things off the ship. Think of all the equipment and food that went over board to save this ship from sinking. The sailors were aware that it’s easier to replace equipment then the boat.

We’re not on a sinking ship, but we know when to throw cargo overboard to help lighten the load. Usually when the storms hit, it’s unfortunate that the things we throw out are gathering with believers, prayer, or the Bible. We may not intentionally do this either. We set them aside because we don’t have time or because we don’t think we need them, when reality, this is the time to get into prayer and God’s Word and to surround yourself with fellow Christians.

Hebrews 12:1 says, “Therefore, since we are surrounded by so great a cloud of witnesses, let us also lay aside every weight, and sin which clings so closely, and let us run with endurance the race that is set before us,”

THEY TRY TO FIND WHO IS RESPONSIBLE

Their gods didn’t work and they threw our the cargo, but nothing is stopping the storm. So they go on the hunt for who is responsible. They cast lots and surprise! the lot falls on Jonah. They want to know who is responsible for causing their problems.

Now, in this case, Jonah is responsible and in some cases, other people do cause unexpected storms in our lives. But we must be very careful not to cast blame when the responsibility lies on our shoulders. This is what occurs in Genesis 3. Adam blames Eve (and God) for his sins and then Eve blames the snake for her sins. Neither one of them take responsibility for their own actions.

We need to own up to our own sins and mistakes. Blaming others never fixes the issue. When we sin, we can only blame ourselves for giving in to the desires of the flesh (Galatians 5:17-21; James 1:14-15). We must confess, repent, and pursue Jesus.

THEY TRY TO CORRECT THE PROBLEM THEMSELVES

13Nevertheless, the men rowed hardb to get back to dry land, but they could not, for the sea grew more and more tempestuous against them.

How many times do we try to row ourselves to safety? We think we’re strong enough to outlast the storm on our own or to get to a place of safety by doing something incredible. If we’re honest, we know we are weak and incapable of serving any storm based on our own ability. We think we can fix our marriage on our own or that we can overcome sin by doing our own good, but we can’t. Our strength is nothing compared to God’s unending power. We need to realize that the only strength worth relying on is in the power of the One who can control the seas (2 Corinthians 12:9-10).

THEY TURN TO GOD

14Therefore they called out to the LORD, “O LORD, let us not perish for this man’s life, and lay not on us innocent blood, for you, O LORD, have done as it pleased you.” 15So they picked up Jonah and hurled him into the sea, and the sea ceased from its raging. 16Then the men feared the LORD exceedingly, and they offered a sacrifice to the LORD and made vows.

After all that effort, the sailors turn to God and seek forgiveness for what they are about to do to Jonah. As soon as Jonah hits the water, the storm stops. The sailors, who have realized their gods are nothing and their power is week, cry out to the only one who can save them: God. While their ship was breaking apart, they learned that God was with them every moment.

FEARING GOD IN THE STORM

Here’s the underlying application. There are times when our lives seem to be falling a part and we think all hope is lost. In those moments, we must turn to God. We rest in his grace and strength, knowing that he is with us every moment.  God’s hand is ever present, no matter what life brings you. The ship is falling apart, but he’s in there with you. While idols and righteous work may seem like answers, the only hope we have in this world is Jesus.

We know that storms are coming. We may not know what form they’ll be in, but they’re coming. God uses them for discipline and he uses them for growing our faith. Either way, we must turn to God and worship him. He is our source of hope and safety. He is the God of those on the broken ship and when you find that life is breaking apart, turn to God.